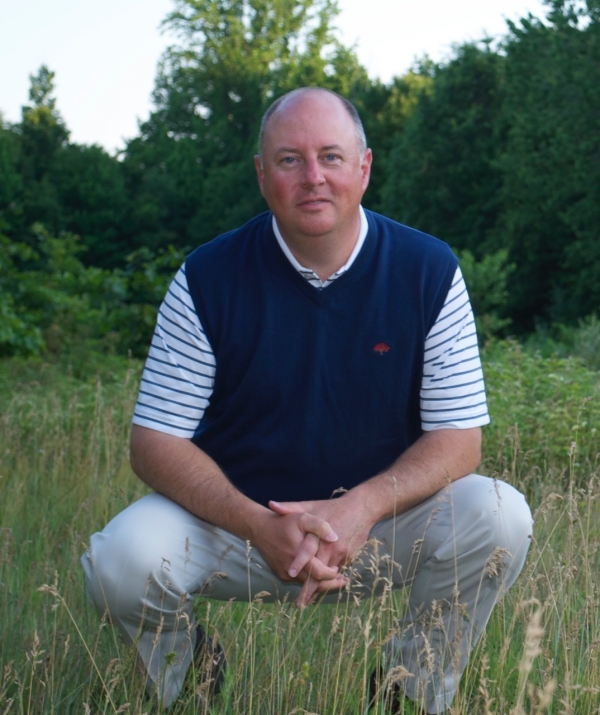 Drew got his start in golf at Quail Creek Country Club in Robinson, Illinois, designed by Golden Age golf architect, Tom Bendelow in 1919 and also a former PGA tour stop during the late ‘60’s & early ‘70’s.  Here, he was an accomplished, low handicap golfer and assumed a wide range of responsibilities at the club, enabling him to be exposed to the “ins and outs” of private club operations, personal service and course management.  With newfound exposure and passion for golf course design, Drew then focused on ways to make golf into a profession. He studied Landscape Architecture at the University of Kentucky, earning his degree in 1991, always with the goal of acquiring the skills to become a golf course architect.

In 1992, Drew took a design position with golf course architect, Arthur Hills. He quickly assumed full management of projects and became a well-recognized face of the firm and a highly respected golf industry practitioner.  He was appointed a full partner of Hills’ firm in 1999 before earning acceptance as a member of the prestigous American Society of Golf Course Architects in 2001.  During time spanning nearly 19 years, Drew collaborated with Arthur on over 30 new course designs and over 20 major renovations worldwide, including works at noted courses like Oakland Hills Country Club in Detroit, Oakmont Country Club in Pittsburgh and Congressional Country Club in Maryland.

In 2010, Drew established his own design practice (JDR), whose primary focus is to assist existing golf facilities who seek to make strategic improvements and plan for long-term success. As such, JDR is a boutique design practice that focuses on personal service, direct communication, well-planned Improvement Programs and enduring excellence.  Drew builds and maintains strong, lasting, personal relationships with his clientele and strives to address their most pressing needs while providing lasting enjoyment for players.  As a result, the majority of Drew’s work appointments are acquired through direct referrals.

To design courses that enhance the golf experience and ultimately meet the needs of their users, operators and surrounding environments… to apply practical, “less is more” and traditional design methodologies that will enable any facility to benefit and succeed… to creatively and artfully blend design elements with the most sustainable approaches to maintenance and course presentation… to design golf holes that reveal great beauty while providing provoking options and opportunities for all players… and to inspire imagination, creative shot making and promote lasting enjoyment of this fine game.

Always an advocate of the game, Drew has been a frequent speaker/panelist at various local, regional, national and international turf and golf conferences, including environmental golf summits in Istanbul, Turkey and Lisbon, Portugal and a golf growth seminar in Rome, Italy.  His involvement in advancing sustainable golf and environmental stewardship was realized in Portugal, where Oitavos Dunes earned Audubon International’s highest distinction, “Gold Signature Sanctuary” – the first such designation in Europe and only the second in the world at the time.  Drew also maintains an active blog where he regularly comments on a variety of golf-related topics and stays connected with his followers.

Drew’s clients have remarked repeatedly on his moral character, his ability to listen, his congeniality, his vision and creativity and his ability to effectively communicate.  He is passionate about success and excellence; a true team player and a professional that cultivates long, collaborative relationships with his clients.  Drew is a seasoned practitioner, a prompt service provider, available to administer timely direction and decision making and always respectful his clients’ timing and budgets. For additional comments from a variety of clients and golf industry professionals, please visit Endorsements.

Drew’s fondness for classic, “Golden Age” architecture has inspired a movement for his consultation and involvement on a growing number of history-laden courses, including restorative efforts at:

Drew’s guidance has also been instrumental at more modern venues, where he has been tasked with developing a new vision or identity, develop improved practice facilities, address playability and management issues… or to simply touch up a maturing design to endure another 30 years.  Some of these include:

The Country Club at Mirasol in Palm Beach Gardens, Florida

Drew’s new course works have gained a wide variety of accolades, attesting to the adaptability of his skills over a broad variety of course and project typologies and locales.