Situated among the north shore elite clubs just north of Chicago, Old Elm remains today much as it did in 1913.  The interesting history of Old Elm goes back to its original design, a layout envisioned by touted English architect H.S. Colt.  What is most interesting, however, is that the construction of the course was administered by then budding Scottish architect, Donald Ross (then at age 40). For a period of approximately eight days in the spring of 1913, Colt and Ross spent time on site and confirmed the details of the design.  Ross took over to administer the installtion of the course while Colt returned to the U.K. in 1913, after stops in Michigan and Pine Valley, to tend to on-going design efforts there.  Colt only made two visits to the US, and his departure in ’13 would never produce a return. Though the accounts are limited as to how the work was carried out, there appeared to be a mutual respect and a collaborative spirit between the two architects – two of the most celebrated in golf.

In 2010, under the efforts of superintendent Curtis James and direction of General Manager Kevin Marion, we collaborated on plans to restore Old Elm. Initially, this entailed the removal of trees - the essential widening of the playing corridors and clearing of sight lines, as the trees had crowded the corridors and narrowed the fairways over time.  That effort was followed by the physical widening of the fairways, the realignment and squaring up of the tees and the recovery of the original green surfaces.

To this day, the greens at Old Elm are the original push-up style surfaces that Ross built in 1913. Their evolution, however, rendered them smaller, more circular in shape and with less distinctive relationships to the bunkers and surrounding landforms. We worked to recapture the original oblong shapes and recovered dozens of strategic cupping areas that had otherwise been negated.

Also in 2010, we took on the recovery of several, original cross bunkers that had been covered over time. Colt referred to these shorter hazards (out in front of the teeing grounds) as compulsory hazards – suggesting that they would confuse the skilled player and also provide challenge to the shorter hitters.  Colt said that without the bunkers, the game was nothing but a game of croquet and that even the lesser skilled players enjoy the satisfaction of clearing a hazard once in a while.

Our efforts were furthered again in 2011 involving the short, par three 17th hole. Colt's original plan called for the surrounds on the right side of the green to act as a kick plate into the green - much like the concept of a "redan".  To achieve this we removed a non-original bunker, re-shaped the hillside (and other details) to promote Colt's intended vision.  (See plan below)

In 2013, we expanded our focus to include the bunkering.  While Ross obediently followed most of Colt’s plans (exceptions being a few of the greens), some of the planned bunkering and features were apparently missed or disregarded by Ross.  This, along with past bunker renovations, rendered the bunkers something much different than what Colt drew and described.  The first phase of the work, in the spring of ’13, focused on the greenside bunkers and the refashioning of what Colt expressed as “torn” edges" and faces that were “made to look rugged”.  In the fall of the same year the remaining greenside and fairway bunkers were completed.  To aid in our efforts for this phase, we added Dave Zinkand to our team, primarily as the lead shaper of the bunkers and features. Since Dave is also an accomplished architect in his own right, he collaborated with me on many of the design details with us as well. Ultimately, the bunker work was finished, along with a number of tee additions and the incorporation of short grass extensions around a number of the green surfaces.

Though a short course by modern standards at 6467 yards (par 73) the Old Elm is as classic and authentic as you will find anywhere today - and getting better each and every day. Today, the unpublished back tees stretch out to nearly 6900 yards.

In 2012, Old Elm received a visit from architecture historian and editor of Golf Course Architecture Magazine, Adam Lawrence.  Lawrence, hailing from the UK and surrounded by well-preserved works, is well versed in the architecture and history from the hand of Harry Colt.  He had this to say about Old Elm, “I can honestly say that I have NEVER seen a course like Old Elm in the US, and in a description that I gave to several people at the recent ASGCA meeting, I referred to the club as the American equivalent of Swinley Forest (UK) or Morfontaine (France).”  Lawrence continued, “The work you are doing to return the course to its 1913 feel is quite remarkable, and when finished, you will have completed one of the most impressive restoration programmes in the US."

In 2016, Bradley Klein, Architecture Editor at Golfweek Magazine, visited the course.  This is what he had to say: "I had the occasion last year (2016) to revisit Old Elm Club on the north side of Chicago 15 years after I first saw it.  The transformation was stunning, and it was due to Drew Rogers' masterful restoration.  I would not have thought that the course I had previously seen could have been so dramatically revived, but there it was, with widened playing lines, daringly bold greens and sharply etched bunkering.  As I wrote glowingly in Golfweek, the course was a joy to walk and play, as if I were experiencing the rebirth of a (hidden) gem that had long lay fallow."

Original layout and design by H.S. Colt in 1913

Construction management of the course done by Donald Ross 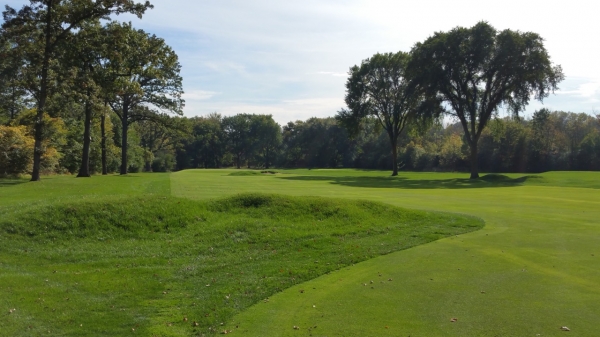 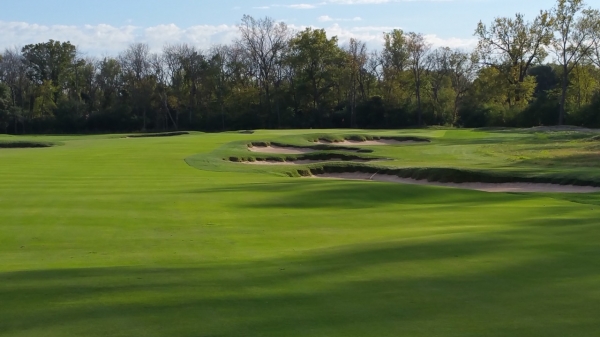 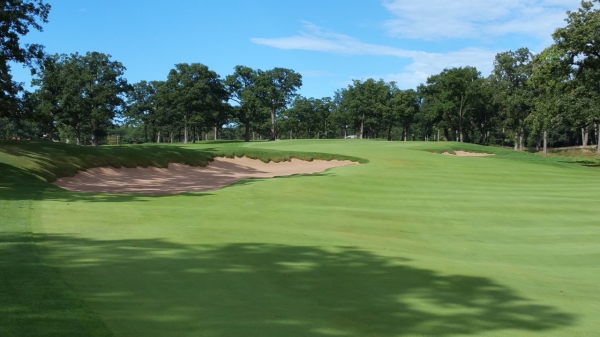 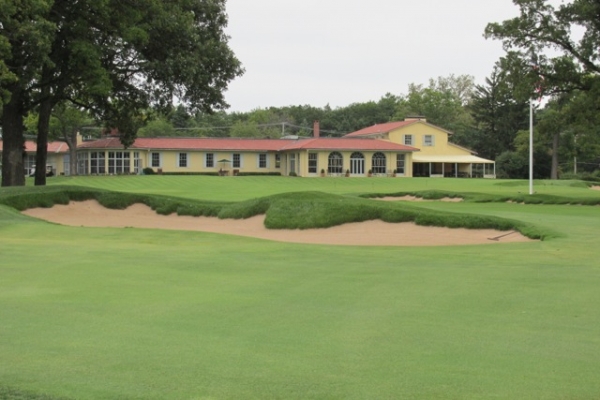 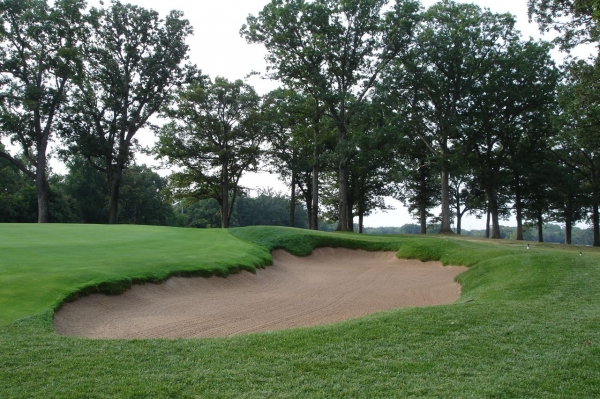