A Summer to Remember

I was fortunate enough to have two, sizeable renovation/construction projects going on simultaneously in Naples, Florida that commenced work in April, 2017.  As we began the work, water levels in the lakes were at all-time lows.  Banks were exposed down to unseen depths – lakes were half their normal size and volume.  Concerns quickly mounted as to whether we would have enough irrigation water in storage to grow-in all the newly installed turf once the projects progressed.  These concerns grew into the month of June, as precipitation levels continued to be uncharacteristically low – hardly enough moisture to knock down the dust!

Both projects were, however, advancing at an incredible pace without the expected delays that are normally attributed to afternoon thunderstorms, common in “rainy season” that time of year.  As the end of June closed in, we prepared the first group of holes to be grassed at both projects, Quail West Golf & Country Club and nearby Miromar Lakes Golf Club.  And, as if ritualistic dances had somehow summoned the arrival of the much-needed water, the rains finally came in just the nick of time. But from that point thereafter, instead of settling into a normal afternoon shower pattern, the rains just kept coming daily…in the morning, in the afternoon and during the night – more and more rain.  The lakes quickly filled to capacity by the beginning of August… and the rains just persisted.

Until this point, there was cautious optimism regarding the likelihood of any tropical storms or hurricanes, as the gulf coast had avoided any large-scale storms for a number of consecutive years.  But for some, this grace period seemed too good to be true. And that was precisely when were paid a visit by Tropical Storm Emily.  On the last day of July, heavy rain and high winds quickly swept across Florida just when a break was needed most from all the frequent downpours – just when storm water systems needed time to recover.  And this really marked the beginning of an agonizing and destructive stretch that would continue for several months.

Several weeks later, we learned of Hurricane Harvey – a large storm that danced through the Gulf of Mexico with all eyes watching, ultimately crashing into the Houston area.  Harvey stalled over the Texas coast upon landfall, literally dumping feet of rain and causing deadly and destructive flooding, the likes of which had not been seen since Hurricane Katrina swallowed up New Orleans in 2005. I suppose that was our wake-up call that Mother Nature was gearing up to wreak some sort of havoc on all of our great progress at some point - it seemed inevitable.  In mid-September, we braced as Hurricane Irma rolled through the Caribbean and Puerto Rico, taking dead aim at Naples, Florida.  Our projects were now in the direct path of a deadly, category five hurricane. 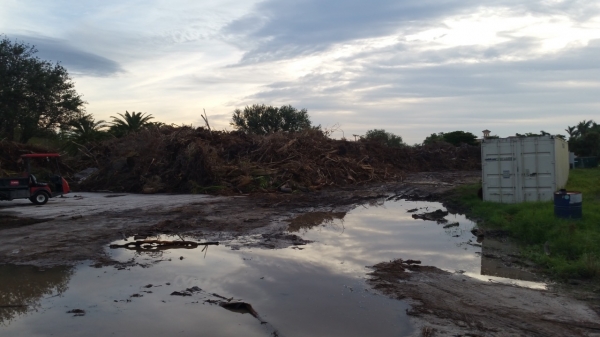 Irma would arrive in Naples on a Sunday, knocking out power all throughout SW Florida for more than a week - and even longer for some.  The high winds, some of which eclipsed 100 mph, took a massive toll on trees and vegetation.  I recall visiting Naples at the end of September to survey the damages.  Trees were still everywhere and piles of debris had been assembled wherever possible to be hauled away at some undetermined point.  Most ficus and banyon trees were completely uprooted.  Many valuable pines were lost, as well as some prized oak trees.  Quail West lost an estimated 800-1000 trees. Vegetative buffers between golf courses and heavily traveled roads were completely decimated, opening up views that had never been otherwise possible, or desired.  This was the case at Audubon Country Club in Naples, where we are planning to rebuild greens next year… and now where landscaping and replanting have also become a necessary focus.  At some courses, the wind completely blew all the sand out of the bunkers!

Although Naples took an additional 10-12 inches of rainfall during the storm, it was a true blessing that the projected storm surge never really materialized.  But the flooding impacts were still significant, especially at Quail West, where some holes were completely submerged – and stayed that way for weeks.  Greens that we had strategically raised during the renovation were partially under water.  Lakes were well out of their banks with floodwaters even reaching into residential lots and pouring into below ground swimming pools.  Fish were swimming along cart paths. Streets looked like canals. I witnessed this all firsthand (and miuch more) several weeks after the storm had passed.

Our project at Miromar (closer to Ft. Myers) fared slightly better, although the flooding was pretty significant – recovery was much quicker and less damaging.  Our contractor, TDI, managed to push on and hit the target finish dates, with only a few minor washouts and some bunker repair work. The landscape here was also not as dense, and, therefore not impacted all that much in comparision to some others.  Our original schedule at Miromar was to re-open on November 1st… and thanks to a monumental effort by Superintendent Chris Bevers and his staff, that date was solid and the course opened in good order as planned. 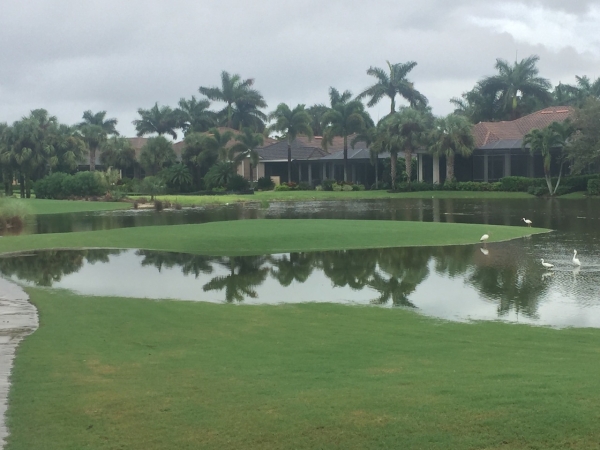 Miromar 11 after Irma At Quail West, the damage was far greater, necessitating some re-grassing and sodding of low areas where water stood and rebuilding of bunker faces that had completely eroded (some of which had been destroyed several times).  The course reopened for play during the first week of January, 2018… again with a miraculous recovery effort by Superintendent Nate Gingrich, his assistant Eric Wiles, and the contractor, Landscapes Unlimited. 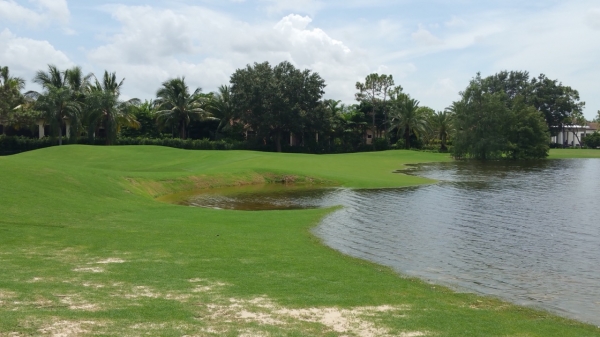 Neither of these courses have completely recovered from Irma – and it may take several more years for things to completely heal.  But the memories of the impacts and witnessing the power of Mother Nature certainly serves to put things in proper perspective.  The one sure thing in golf construction is that Mother Nature will ultimately win – she’s going to put a hurt on you from time to time.  That is certainly a harsh reality for contractors and course superintendents and a crushing blow to those who put in all the hard labor to make these courses come together so perfectly. 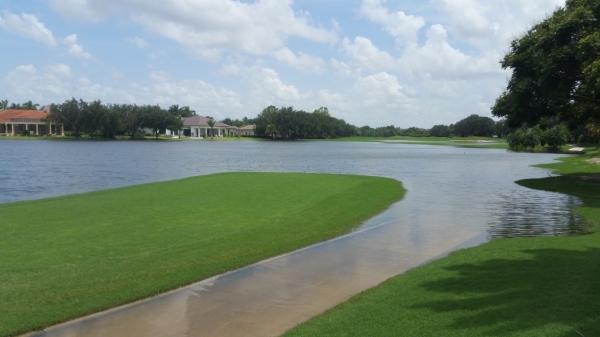 Quail West 9 after Irma We’re expecting another busy summer in Florida this year – hopefully a season void of any more natural disasters!