Rogers Raises the Scale of Bunkers at Ruth Lake

Ruth Lake Country Club in Hinsdale, Illinois...1922, designed by Langford & Moreau.  Flash forward to 2019 and several character-altering renovations later, JDR was selected to study this evolved layout and inject it with a new (but old) identity.  The first directive was to address the aging bunkers; give them an architectural and aesthetic punch that would render the course with a completely new visual appeal and also a more sensible treatment for management and playability.  While Langford & Moreau's touches are sadly absent, if not entirely undistinguishable, Ruth Lake CC will make no apologies for the course they have today. 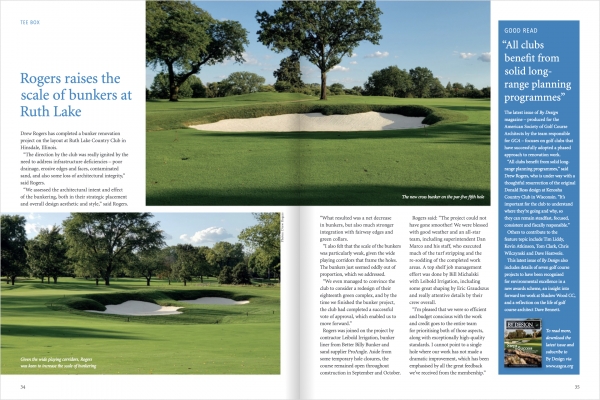